The use of Google Trends to document interest in topics is well-understand, but using Wikipedia for the same purpose is less common. To be fair, Google Trends exposes far more details about search terms—where people were looking, and what other searches were paired—but Wikipedia offers an interesting extra detail given that it’s very often the end-result of those Google searches. The result is that it can often tell you more granular insights than Trends can provide. Let’s look at some examples:

League of Legends is the most popular multiplayer online battle arena (or MOBA) video game out there, followed by Dota 2, the official sequel to the grandaddy of all MOBAs. The Google Trends graphs gives you an indication of both game’s ebbs and flow: 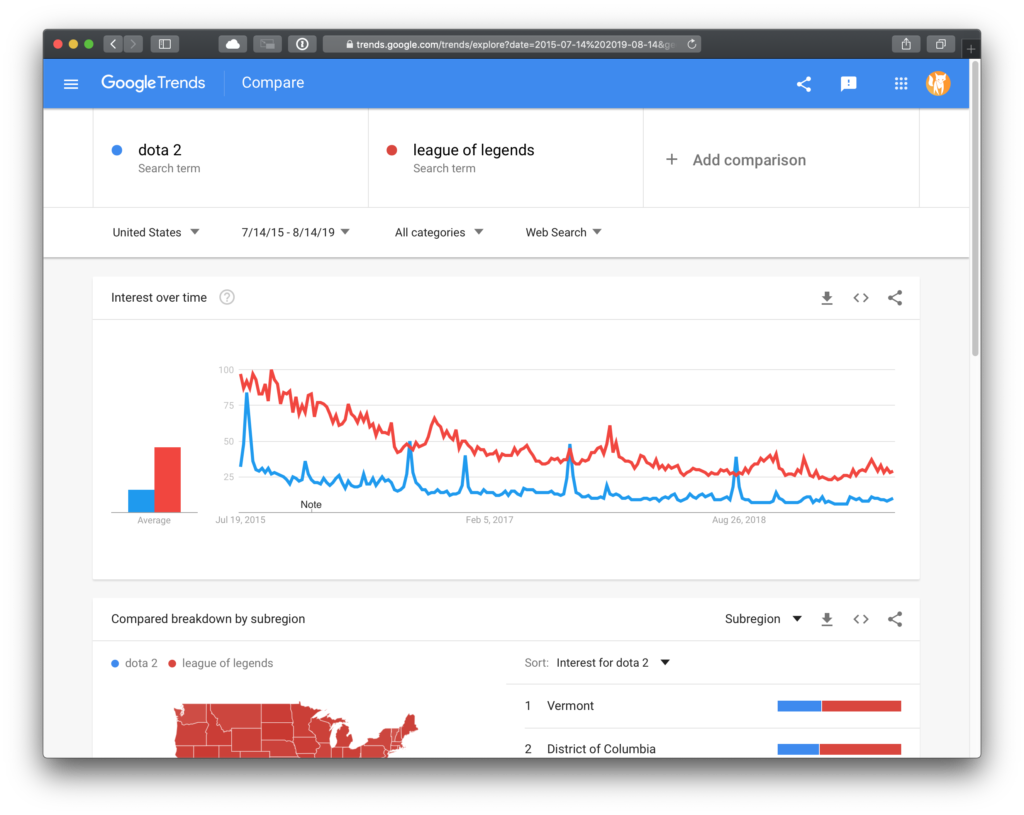 But Wikipedia via the Pageviews analysis tool surfaces some more interesting details: 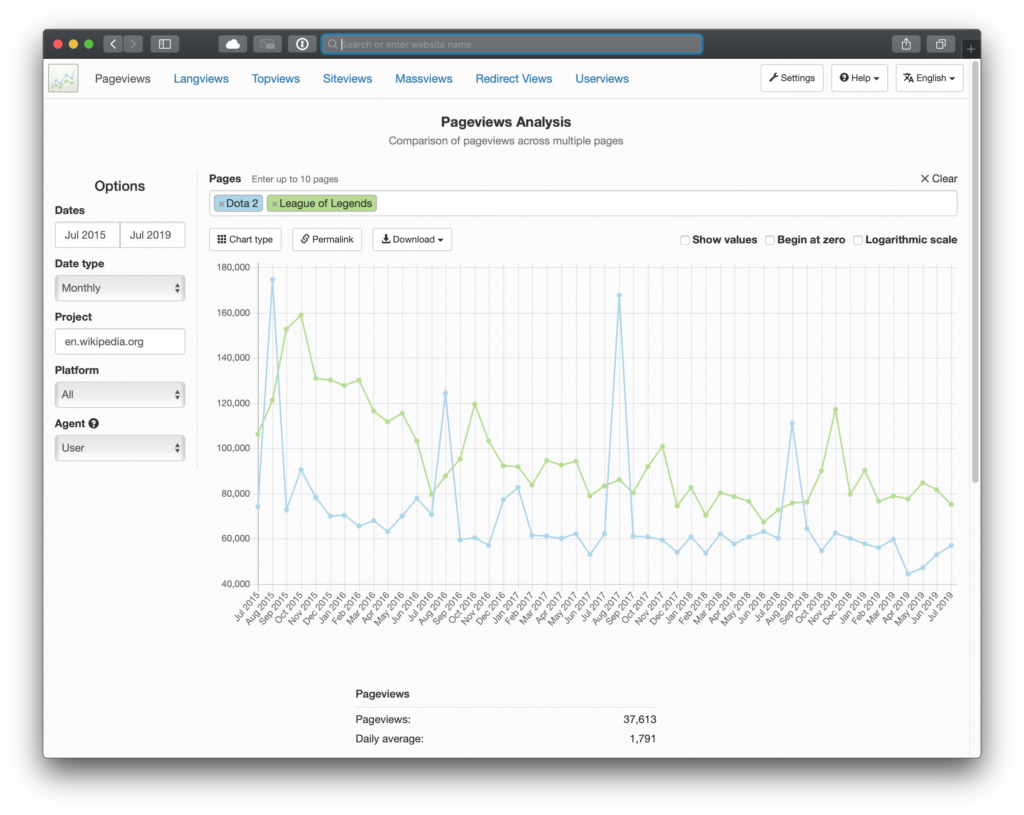 The peaks in August of each year show spikes in traffic to Dota 2, which correspond with their yearly International tournament—still the biggest prize pool in eSports. What isn’t clear from Google’s graphs is there are similar constituent spikes for League as well for its own yearly tournaments in October and November, but it’s dwarfed by Dota‘s spikes—during those months, Dota is more popular—sometimes much more so—than League, despite being less popular overall the rest of the year.

While just like Google Trends, you’re not necessarily mapping popularity per se but discovery and surfacing of key words, in some ways I find Wikipedia’s trends more useful because Google tells you inputs—what people are searching for. Wikipedia has the advantage of telling you what people landed on, at least on the site (which is a limited view, but given that Wikipedia is the fifth most popular site on the planet, isn’t nothing either.)