It’s a bit hard to remember (literally, in my cause, as I was still forming memories) but the 1990s were dark days for Apple. A succession of CEOs were unable to reverse the ailing company’s fortunes and lackluster hardware and software. How bad was it? Bad enough that Intel was directly purchasing ads in MacWorld to entice users to jump ship. 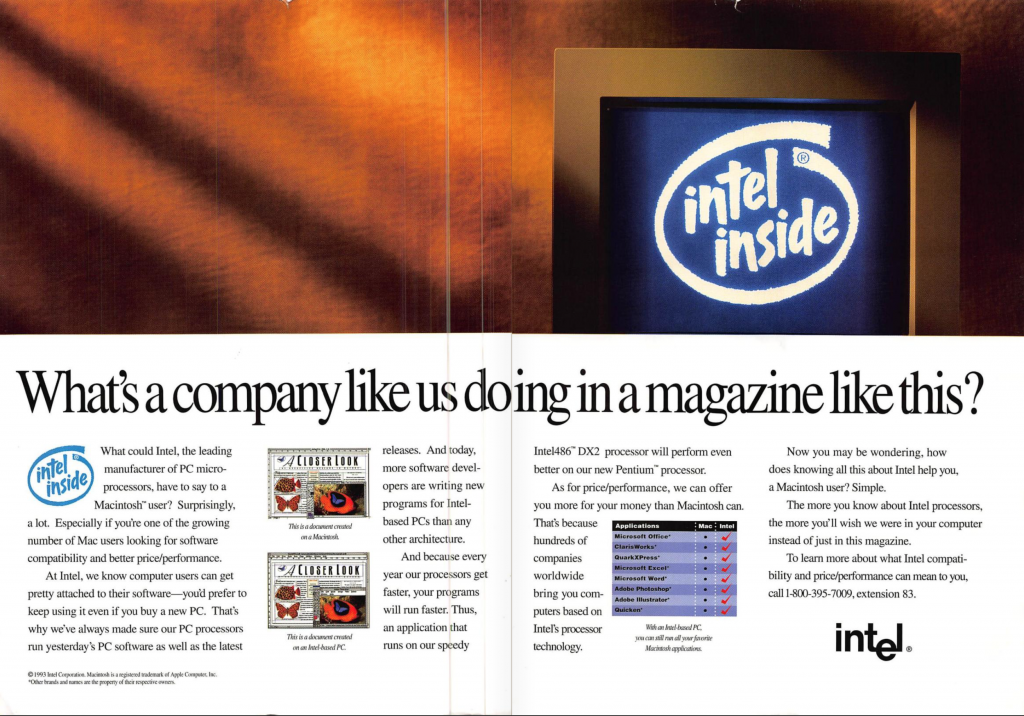 (From the January 1994 issue of Macworld, preserved via the Internet Archive.)